Nickel Based Alloys-Phases and Corrosion Resistance

Nickel Based Alloys-Phases and Corrosion Resistance

The significant attribute of nickel based alloys is their use in load bearing applications at temperatures about 80% of their incipient melting points, a fraction that is more than other engineering alloys.

The common applications of superalloys are stated as following, they are largely used in the production of gas turbines:

Nickel base superalloys are the complex and broadly utilized materials for the highest temperature components and to several metallurgists, these are the most favorable alloys. Modern aircraft engines constitute of 50% of these alloys.

The main properties of nickel as an alloy base are high phase stability of face centered cubic nickel matrix and potential to be reinforced by several direct and indirect ways. Moreover the surface stability of nickel is immediately enhanced by addition of chromium and aluminum.

Microstructure of Nickel base alloys

The key phases occur in Nickel alloys are: 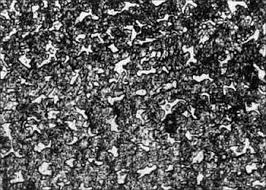 Pure nickel does not attain an abnormally large elastic modulus or small diffusivity, but the gamma phase is easily reinforced for the extremely severe temperatures and time limits. Few alloys can be employed at 0.85 Tm and for periods about 100,000 hours at lower temperatures. These conditions can be endured by these factors: 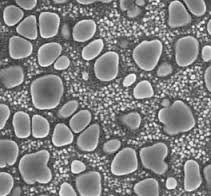 This phase is an intermetallic compound of mild composition Ni3Al that is stable over a comparatively limited range of composition. It is precipitated as spheroidal particles in nickel base alloys that tend to possess a low volume fraction of particles. The cuboidal precipitates were noticed in alloys with larger magnitudes of aluminum and titanium. The variation in morphology is related to a matrix precipitate disparity. It is noticed that Ƴ’ emerges in circular shapes for 0 – 0.2 % and shape becomes cuboidal for difference of 0.5 to 1 % and it emerges as plate for difference more than 1.25 %.

Nickel and niobium combine in availability of iron to produce body centered tetragonal (BCT) Ni3Nb that is coherent with gamma matrix while including extensive disparity about 2.9 %. This phase gives large strength at low to moderate temperatures, however is unstable at temperatures above 650oC or 1200oF. This precipitate is observed in Ni-Fe alloys.

The enhancement of creeping characteristics by nominal inclusions of boron and zirconium is a significant property of nickel base superalloys. Increased forgeability and enhanced features are also received from inclusion of magnesium by 0.01 to 0.05%. It is supposed that it is basically because of sulfur and a grain boundary embrittler magnesium. Although boron and zirconium separate to grain boundaries because their large size is unsuitable with nickel. At the elevated temperatures, cracks in superalloys often transmit with grain boundaries; the significance of grain boundary composition is evident.

The superalloys are used in the several applications. Carbides usually precipitate on the grain boundaries in the nickel based alloys however in cobalt and iron based superalloys, the intergranular parts regions occur. The common carbides occur in nickel base alloys are MC, M23C6 and M6C. MC often attains a coarse, arbitrary, cubic or script structure. M23C6 carbides are basically observed at grain boundaries and they emerge as discontinuous and blocky shapes however plates and regular shapes also occur. The carbide M6C also precipitates in a blocky shape in the grain boundaries.

MC carbides occur in FCC structure while cooling of superalloys. They are spread non-uniformly across the alloy in intergranular and transgranular locations. Slight or no orientation connection with the alloy matrix is established. MC carbides are a chief source for after phase reactions while heat processing and treatment. In alloys like Incoloy A286, the carbide layers are produced along grain boundaries that decrease ductility.   The carbides like TiC and HfC are the highly stable carbide compounds. In such carbides M is replaced by Titanium or Niobium. Although the slightly reactive alloying agents molybdenum and tungsten can also produce these carbides.

M23C6 carbides occur in alloys with medium to large magnitude of chromium. These are produced while the low temperature heat processing and application up to 980oC, due to disintegration of MC carbides as well as miscible residual carbon in the alloy matrix. In the presence of Tungsten or Molybdenum, the estimated chemistry of M23C6 carbide is Cr21 (Mo, W)2C6, however it has been noticed that substantial nickel can be replaced in carbide. It is also feasible for nominal magnitudes of cobalt or iron to replace chromium. The carbides of M23C6 have significant impact on the characteristics of nickel based alloys. The discrete particles enhance the rupture strength because of the prevention of grain boundary slipping. However damage can occur by cracking of particles or through decohesion of the carbide interface, in few alloys the cellular surface of M23C6 has been noticed which result in early damage. It can be prevented by suitable treatment or heat processing.

M6C carbides consist of a complicated cubic configuration. They produce if the content of molybdenum or tungsten is above 6 to 8% at the range of 815 to 980oC. The general expressions are (Nickel, Cobalt)3Mo3C and (Nickel, Cobalt)2W4C. The M6C carbides are produced upon substitution of chromium by tungsten or molybdenum in other carbides opposite to those of strong M23C6, the chemistry can vary significantly. The M6C carbides are constant at larger magnitudes than those of M23C6 carbides, M6C has larger significance on industrial level as a grain boundary precipitate for limiting the grain size while the treatment of wrought alloys.

The carbide supply is limited by heat processing. Enhancements to the gamma prime heat procedure are usually needed to prevent issues with carbide layers at grain boundaries. Hence a lower solution processing temperature about 1075oC is utilized to keep the fine grain as worked structure with well spread M6C.

Iron based nickel alloys are reinforced by face centered cubic structure gamma prime like Incoloy A286. These alloys contain titanium enriched gamma prime and care should be taken to prevent an extremely high titanium to aluminum ratio that causes substitution of fcc gamma prime by hexagonal close packed hcp gamma (Ni3Ti) which is not an effective strengthener. Inconel X750 consists of around 40% nickel and large extents of solid solution strengthening and precipitate producing elements.

Inconel 718 is the strongest and commonly utilized superalloy however it quickly loses strength at the range of 650oC to 815oC. It is because of high lattice unsuitability related with the precipitation of gamma double prime in the austenitic matrix.

Use of Nickel superalloys in Chemical industry

The production of new chemical compounds and procedures has led to increase the demand for materials that can offer high mechanical and metallurgical characteristics and outstanding corrosion resistance in severe conditions. Variety of high corrosion resistant alloys containing Nickel, Chromium and Molybdenum have been developed to prevent corrosion in the intense conditions that occur in chemical, oil and gas, marine and pollution control sectors.

Inconel alloy 625 and Hastelloy C276 offer outstanding corrosion resistance for materials used in such plants. The challenging demand arose by production of new chemicals and enhanced processes has been met by the development of Hastelloy C2000 that offers great resistance to corrosion and is a secured purity product for use in many conditions where stainless steel and other alloys cannot be utilized. It offers benefits like enhanced life cycle cost functionality, better reliability, reduced maintenance and downtime expenses.

The Nickel alloys having PREN number above 40 are highly resistant to crevice corrosion in marine water. Although, in the extremely severe crevice conditions like in seawater cooled plate heat exchangers that offer intense crevice attack, high alloys such as Hastelloy C276 are needed. On the other side in the less intense crevice environments Inconel 625 and Hastelloy C276 offer efficient performance in seawater.

Inconel 625 having PREN above 40 is commonly employed as a wrought and weldmetal in preventing the marine corrosion. It is widely employed as a weld overlay on carbon steel materials to enhance the corrosion resistance efficiently. On the other side, high alloyed weldments with larger PREN values are also significantly used in the highly intense seawater applications.

The tests have been conducted to analyze the performance of alloys in the elevated temperature (60 oC) natural marine water for 60 days in the slightly static conditions. The test media was chlorinated with 1 – 2 ppm free chlorine to create the application conditions that occur in the offshore oil & gas industrial marine stations. The results shown that Hastelloy C276 is isolated from the crevice corrosion in these environments.

Developments in the aerospace and aircraft industry have emphasized the design of future engineering architecture in the modern’s globalized world that has technology as its crucial part. The role of superalloys in aerospace and defense industries cannot be overlooked as they offer outstanding resistance to corrosion and oxidation as well as high strength and great creeping resistance at the high temperatures. They can be employed at uniform temperatures of 0.6 Tm while retaining their capability to tolerate intense mechanical stress as well as strain in the oxidizing conditions. The Nickel based superalloys have great material characteristics such as elevated temperature mechanical strength, hardness, resistance to cracking in oxidizing and corrosive conditions. They are not only utilized in aerospace industry, in fact also in marine, automotive, petrochemical and nuclear industries.

Inconel 718 is a nickel based superalloy, precipitation hardened material with Niobium as a key hardening element, it is widely employed in the elevated temperature aerospace applications. Alloy 718 is used in gas turbine engines in jet engines in the power based advanced civil and military aircrafts. The inlet sends air into the engine. The compressor is located the edge of the inlet. To generate thrust, it is necessary to compress air prior adding the fuel. Following figure is shown for jet engine structure.

Advanced gas turbines are made by implementing the most possible latest and sophisticated techniques in all factors. Construction components are also not an exception because of their service in the extremely severe environments. The most challenging aspect is the turbine inlet as several factors are related with it such as very high temperature, large pressure, high rotation speed, vibration, small circulation area etc. These sophisticated factors affect the components of turbine engines. To overcome the effect of such factors, the gas turbine engines are constructed using the modern superalloys that are made by adding the chief alloying elements.

The superalloys have been produced for elevated temperature service by including iron, cobalt and nickel based metals, however in the latest time, nickel based alloys are more commonly used. They are extensively utilized in the aircraft and power production turbines, aerospace engines and other complicated conditions such as chemical processing plants and nuclear industry. The aero gas turbine led to the discovery of superalloys in 1940 when the traditional materials were insufficient to meet the needs of turbine applications.

The chief use of superalloys is in the components of turbine, jet engines, discs, blades and vanes. Inconel 718 constructed by traditional casting billet and forged disc route was used in making discs. It was produced from austenitic steels therefore it is also used in the industrial turbines till now. The main reason for popularity of this alloy is its easy weldability. It is a precipitation hardened alloy with considerable magnitudes of iron, niobium and molybdenum. Nominal magnitudes of aluminum and titanium are also included. Alloy 718 offers excellent corrosion resistance and great mechanical characteristics with high weldability. It is used in gas turbine engine components, aerospace engines, turbine blades, extrusion dies and containers.

Nickel based superalloys are an exclusive series of metallic materials offering great combination of elevated temperature strength, hardness and resistance to cracking in corrosive as well as oxidizing conditions. The application range of superalloys has extended to several other areas such as air and land based gas turbines, rocket engines, chemical, petroleum refining units and pollution control plants. The functionality of industrial gas turbine engines is significantly based on the application environments.