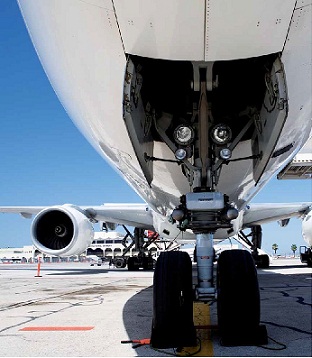 The aero engine industry is ever changing, with advanced materials and techniques being developed continuously to be able to meet the demands of industrial regulations. The engines are more silent and use less fuel, decreasing emissions and more. One of the more effective ways to reduce fuel consumption is to decrease the engine weight like using lighter materials.

The aero engines are composed of various materials such as nickel alloys, titanium alloys and aluminum alloys. The selection of alloys for different components is mainly based on the service temperature and mechanical demands of the specific component along with the density of alloy. A suitable ally can handle extreme temperatures while weighing next to nothing.

In military versions of the jet engines there is usually an afterburner after the turbine exhaust where additional fuel may be injected and the stream again ignited. More common version of the jet engine for civilian use is the turbofan jet engine, where at the front there is a large fan driven by one turbine which draws in and compress air, partly into the core engine going through the stages outlined earlier and partly bypassing the core engine, contributing directly to the thrust. This is a type of engine observed in turbojet.

With different components in the jet engine having different demands and limiting properties, various materials are used, however most of them stem from different alloys such as nickel based alloys and steels.

Nickel based super alloys have face centered cubic austenite gamma matrix and obtain their strength from a combination of solid solution hardening, precipitation hardening with gamma prime and gamma double prime phases and presence of carbides at the grain boundaries. Several different elements are added to the matrix to obtain the sought after properties of these materials.

The gamma prime formers are responsible for the precipitation hardening, particularly aluminum and to some level titanium, which together with nickel produce the fcc ordered Ni3 (Al, Ti) gamma prime phase. This phase has 0.1% lattice difference with the gamma matrix, offering it a prolong stability and a standard microstructure can be observed. There are nickel alloys with other precipitate phases for reinforcing such as adding niobium to nickel produces the gamma double prime Ni3Nb precipitates which is one of the reinforcing methods in nickel-iron alloy Inconel 718 wire, which is the most commonly used superalloy. Nickel based alloys are widely chosen in the hotter components of the engine such as high pressure turbine.